Desire to learn, military benefits help bring him back to classroom as studio art major

He graduated from college when Jimmy Carter was president and served in the military for 34 years, including in Iraq. He was a high school teacher, owned and operated a dairy farm, and recently he was diagnosed with cancer.

Arne Thompson, 66, of Ridgeland in Dunn County, has been many things and dealt with many things in his life. That’s why he’s pretty laid-back about his latest adventure, working on a bachelor’s degree in studio art from University of Wisconsin-Stout.

“I’m just hoping to learn some hobby stuff. You’ve got to have something to do when you get up in the morning,” said Thompson, a 1971 graduate of Barron High School. 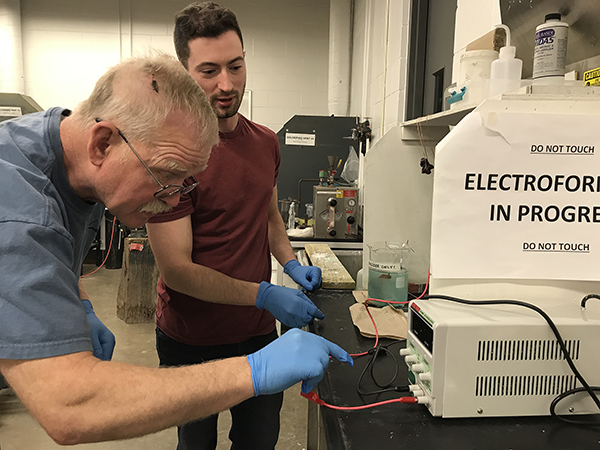 On a recent day, he was in the art metals lab in the Applied Arts Building at UW-Stout, working with career-focused students about 45 years younger. As part of a project for the Metals and Contemporary Art Jewelry III class, he designed an eagle about the size of a lapel pin made of wax that was being plated with copper, part of an electroforming process.

Wearing a Red Arrow Division T-shirt, Army-style boots and 278th Brigade socks, he looked right in his element among the metals fabricating equipment and tools, including one set of hand tools he created.

A big reason he’s back in college — 40 years after receiving an agricultural education degree from UW-River Falls — is the service to his country. He’s using his government benefits, with the help of the military benefits coordinator at UW-Stout, Sarah Godsave.

Godsave has helped Thompson navigate the sometimes complicated world of veterans paperwork to make sure he can get the classes he wants with the benefits he’s earned.

“It’s an invaluable service. It would be really hard to wend your way through that system without a facilitator. Sarah is very good, and that was my expertise,” Thompson said.

UW-Stout has about 400 students who are active military or veterans, and the university recently was named a national Best for Vets school by the publication Military Times. About 5,000 veterans are enrolled at UW System schools and receive more than $24 million a year in tuition remissions and related payments. 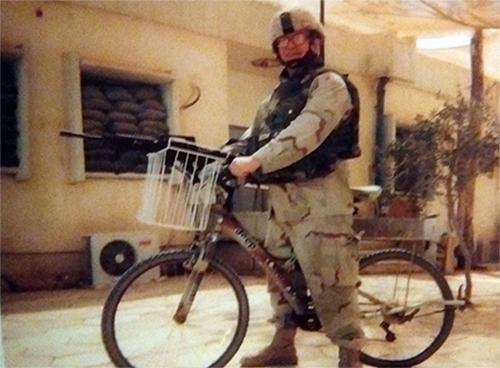 Military and other careers

“I received a great deal of satisfaction out of making a difference for people. It was my passion,” said Thompson, who also served in the National Guard reserves for 21 years.

In 2004-2005, Company A deployed with the 1st Battalion, 128th Infantry to Iraq as an attachment with the 278th Brigade Combat Team from Tennessee. Thompson was 52 with three children and found himself in a war zone 50 miles north of Baghdad. “You look around and wonder if you took a wrong turn somewhere. But we all made it OK,” he said.

In Iraq as a senior human resources sergeant, Thompson mostly was involved with unit paperwork and didn’t have any battle or near-death experiences. He re-enlisted 156 unit members while there, helping greatly reduce unit turnover. 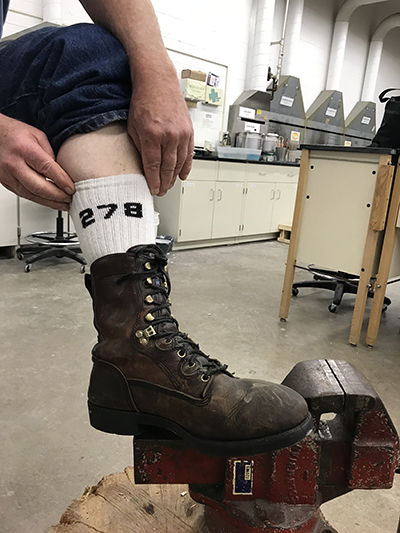 The unit provided security for supply routes during the war in an area about twice the size of Dunn County, he said.

Thompson finished his career in the military, but it wasn’t his first career. He and his wife, Beth, bought the dairy farm in northern Dunn County where he grew up. They operated it for 19 years. He also was involved with his father’s business that included agricultural materials handling and barn and silo construction.

After they sold the cows but stayed on the farm near Ridgeland, Arne taught technology education during the 1999-2000 school year at Richland Center High School in southwestern Wisconsin. Then he accepted an offer to join the military full time.

His decision to enroll in UW-Stout’s studio art program in 2017 was part wanting to continue to learn and part staying busy. “I fixed up the farm house and putzed a little bit. But what do you do?”

He found that there was plenty to do when he learned about UW-Stout program offerings through his three children, all Blue Devil alumni. Eric Thompson received a packaging degree, Ian Thompson graduated in vocational rehabilitation and Kathryn ”Kate” Thompson Eternick received a Bachelor of Fine Arts in studio art, the same program her father is in, with a concentration in painting.

Like their father, Eric and Ian also served in the National Guard, were deployed and used the GI Bill to help pay for their education.

‘The kids are great’

Arne previously took summer classes at UW-Stout in 2006 and 2008, including one on sculptural steel. His interest in that area led him to enroll in the metals and contemporary art jewelry concentration in the studio art program.

“The kids (in the classes) are great. The social part of it is really good for me,” he said. 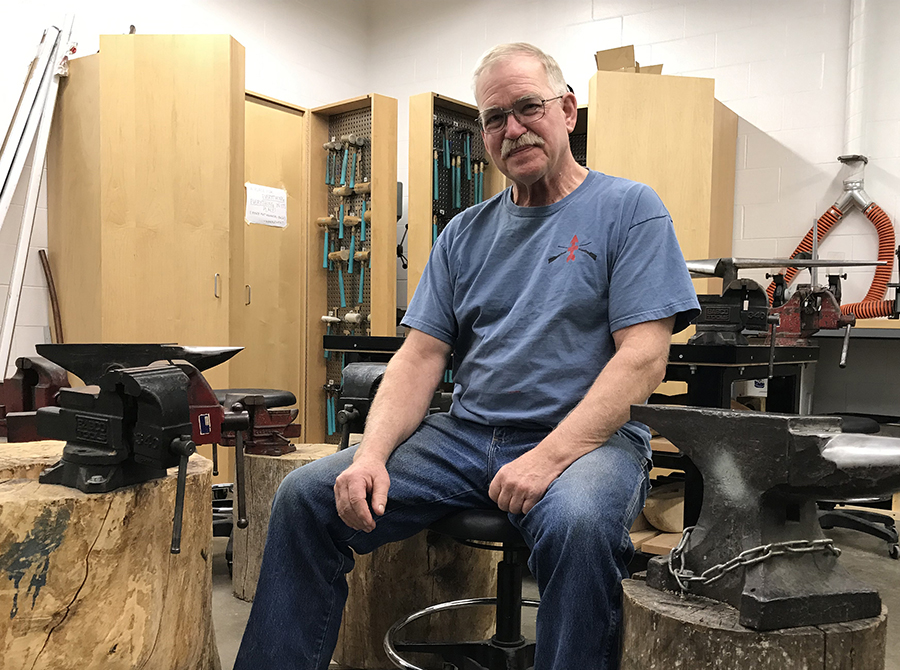 “As a lifelong learner, his participation in the studio community is inspirational, and his charismatic approach to creative problem-solving sets an example for younger students in the class to explore outside of their prescribed ‘comfort zones,’” Pontillo-Verrastro said.

The class includes two other retirees.

Arne has been receiving treatment since last fall for a type of lung cancer that is caused by a genetic mutation. In an advanced stage, the cancer has spread to his brain, but he had successful outpatient brain surgery last fall at Mayo Clinic in Rochester and said he has been responding well to ongoing treatments.

The diagnosis came while he was hospitalized from a serious traffic accident.

Along with art classes, Thompson is taking an elective class this semester on military history. UW-Stout has a military science department to support the Army ROTC program on campus.

It’s a life circle — a man who served in the military is using his military benefits to learn more about his country’s military history. Plus, his father was a World War II veteran.

“Given my background, it’s really a great class. It’s tying a lot of stuff together,” Thompson said.

Arne Thompson’s military career included being deployed to Iraq in 2004-05. 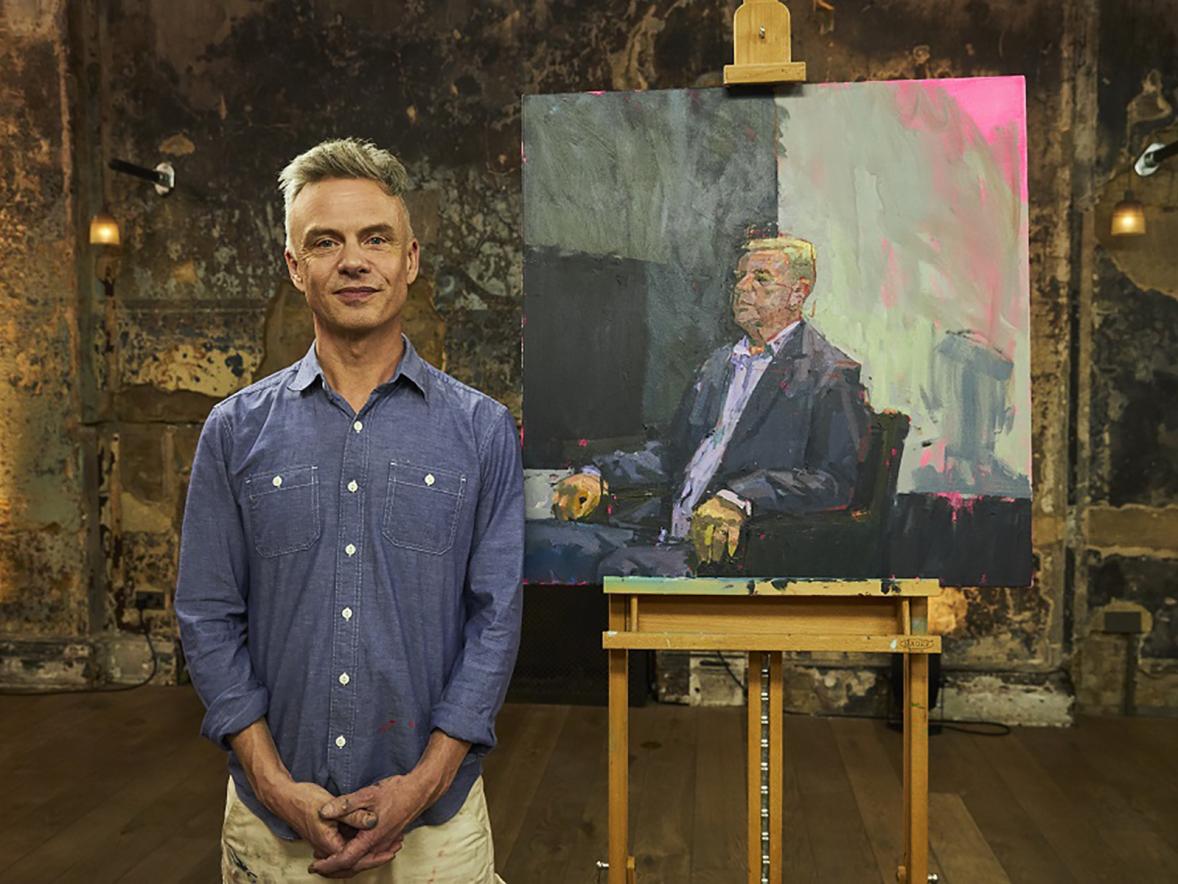 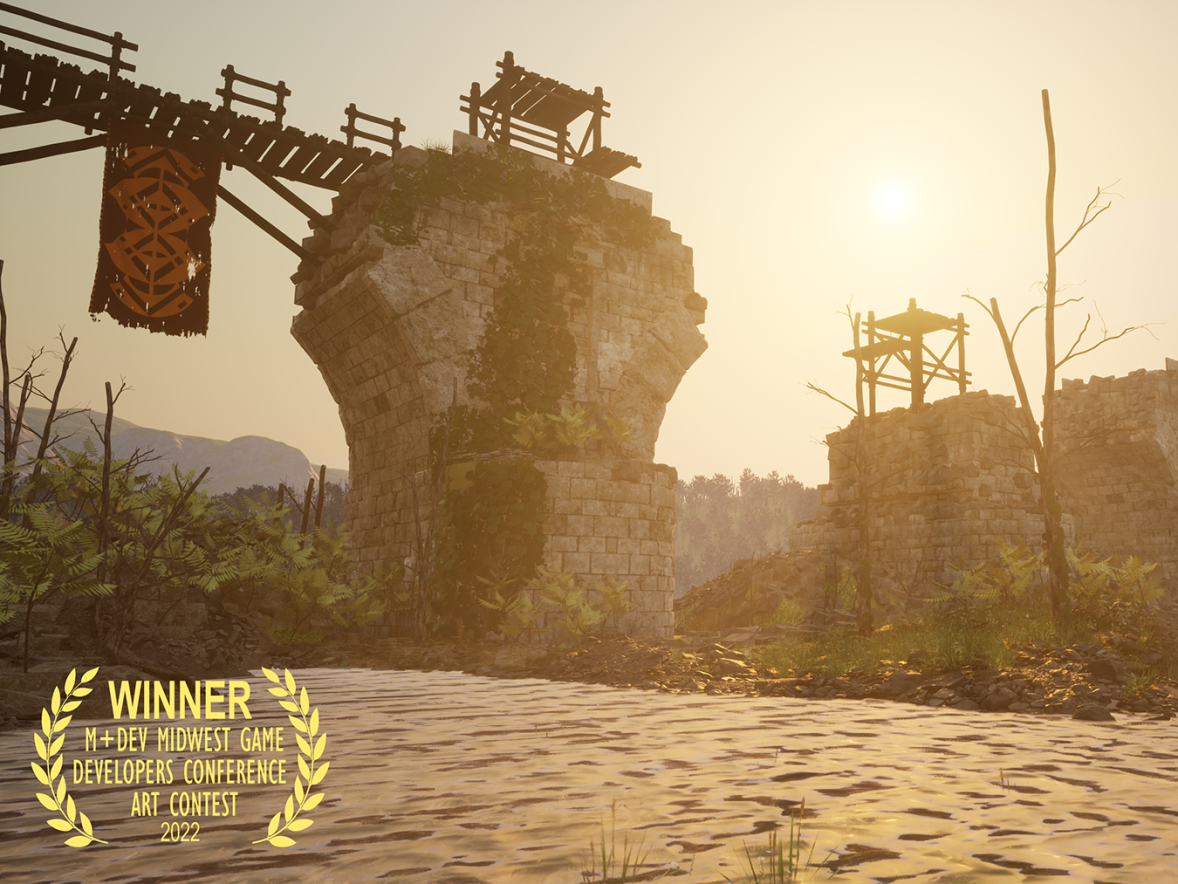 The natural environment of west-central Wisconsin helped inspire an award-winning piece of 3D art created by a UW-Stout professor.
November 11, 2022 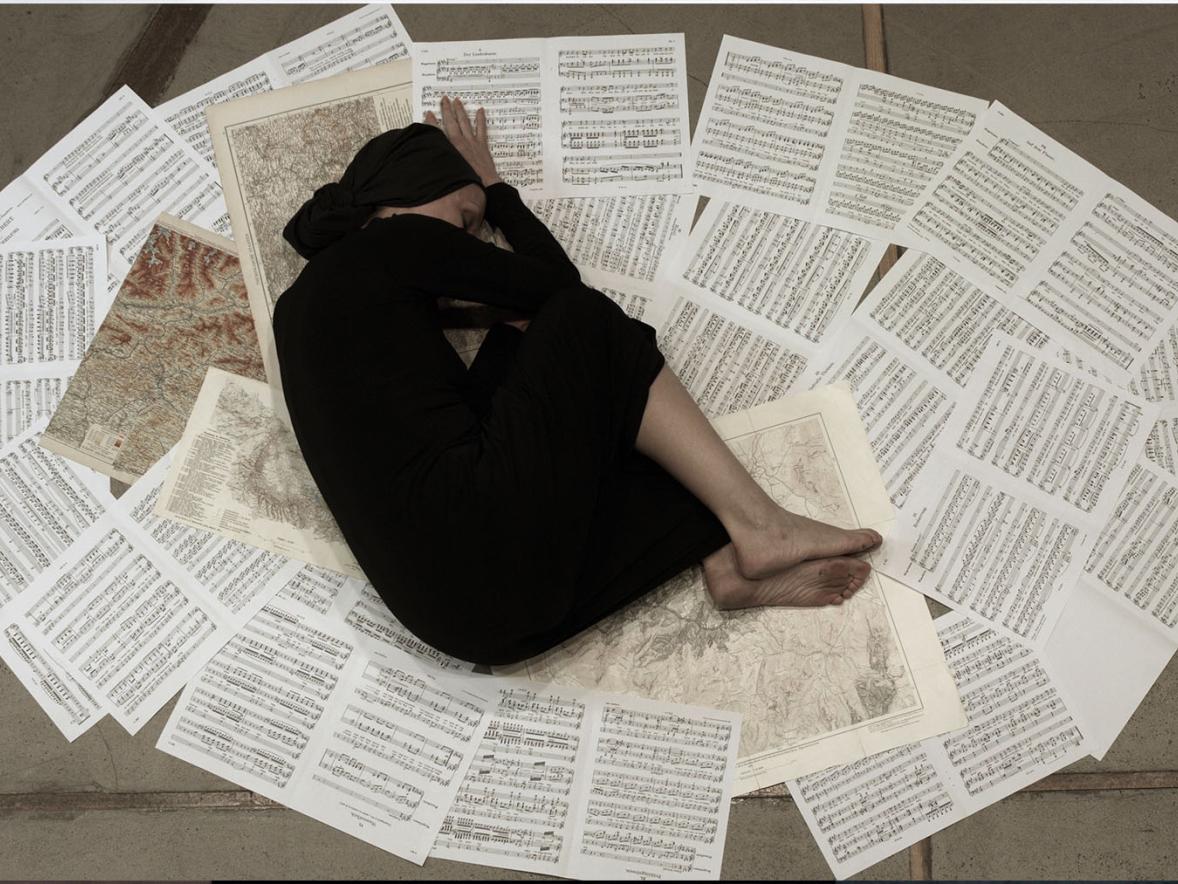 ‘To Freedom’ will celebrate the art and music of Estonia, Poland and Ukraine